ABSTRACT: The release of radon in active fault zones is a sustained radioactive pollution source of the atmospheric environment. The species, concentration and flux of radon emitted in soil gas in active fault zones in the Capital of China were investigated by in-situ field measurements. Two main species of radon discharging from soil gas in active fault zones were identified, including radon diffused and dispersed from permeable soil, and upwelling from faults. Higher concentrations and flux of radon from faults were observed in the Bohai Bay Basin due to the accumulated uranium in the sandstone reservoirs and higher permeability of the strata and bed rocks. Increased radon released by strong earthquakes persists, with the max flux of 334.56 mBq m-2s-1 observed in FN (Fengnan district) located at the epicenter of the 28 July, 1976 Tangshan MS 7.8 earthquake. The level of radon released in 8 of 22 locations within the Basin and Range Province (to the west of Taihangshan piedmont fault Zone) reached level 2, and 13 of 14 locations within the Bohai Bay Basin reached levels 2–4, according to the Chinese Code (GB 50325–2001, 2006). Corresponding protective and safety measures should be in place to protect the health of nearby residents, due to their exposure to radon emitted from the faults. Also, the concentration of radon in active fault zones should be investigated to assess the possible risk, before land-use is planned. 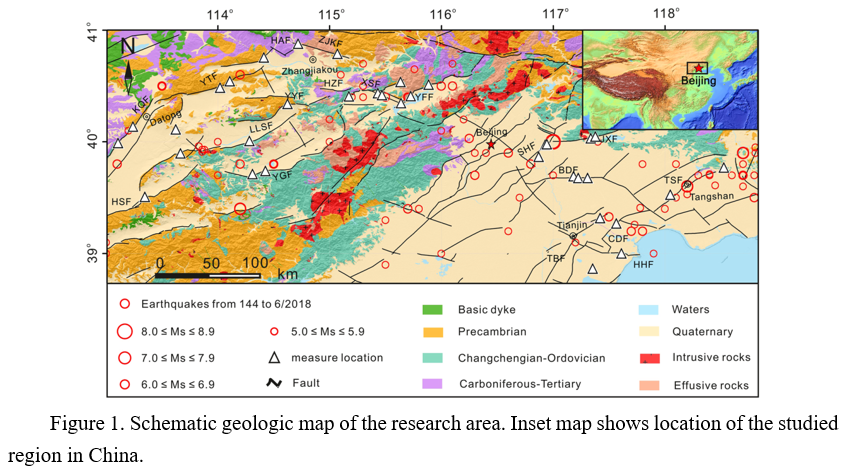 Table 1. Descriptive statistics of soil gas radon concentration in the active fault zones in the Capital of China. UQ: Upper Quartile, LQ: Lower Quartile, IQR: Interquartile range, SD: Standard Deviation, T1: the lower threshold in the Q-Q plots, T2: the upper threshold in the Q-Q plots, MB: average values of the data between the T1 and T2, MOF: mean value of fault-origin radon concentration, which was calculated using the average values of the data above T2, ρ-value: alpha level or significance level, “−”: no data. 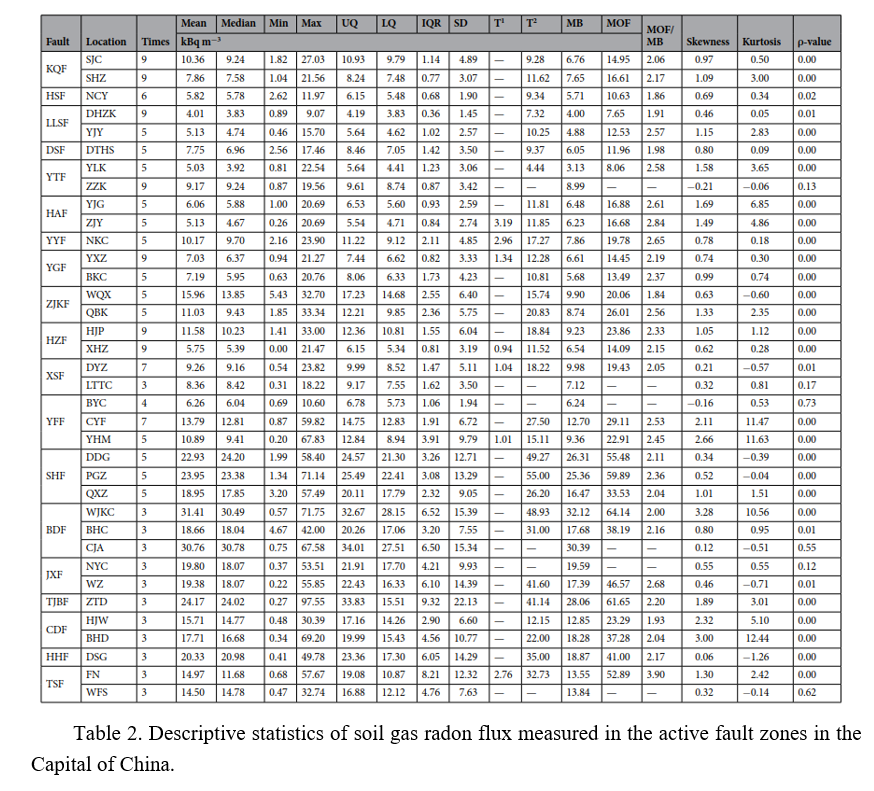 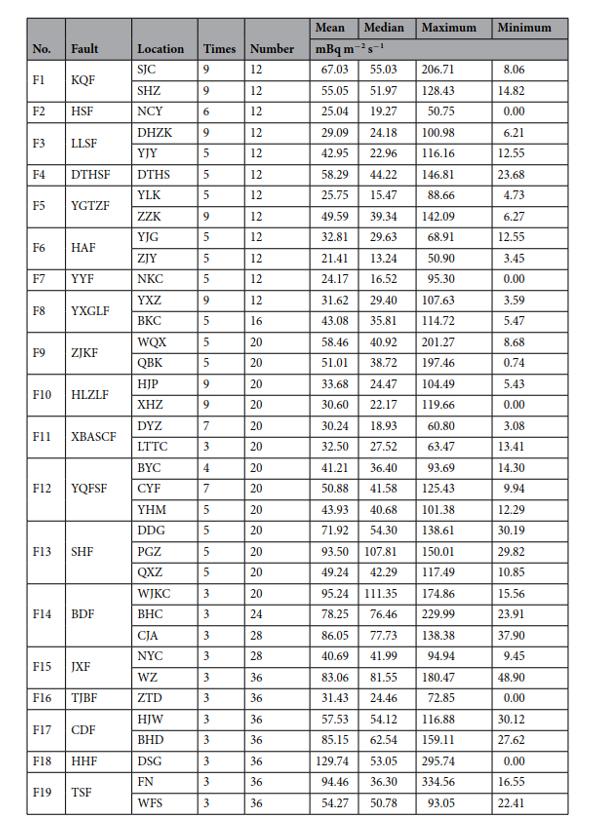 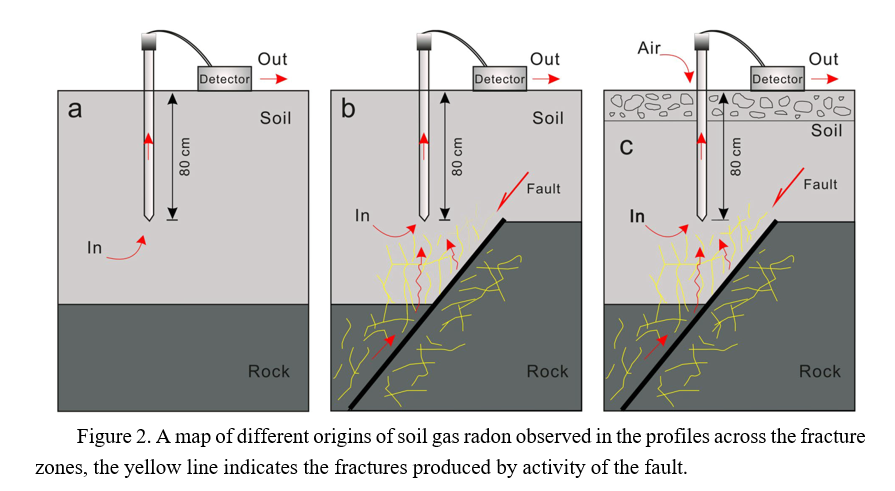 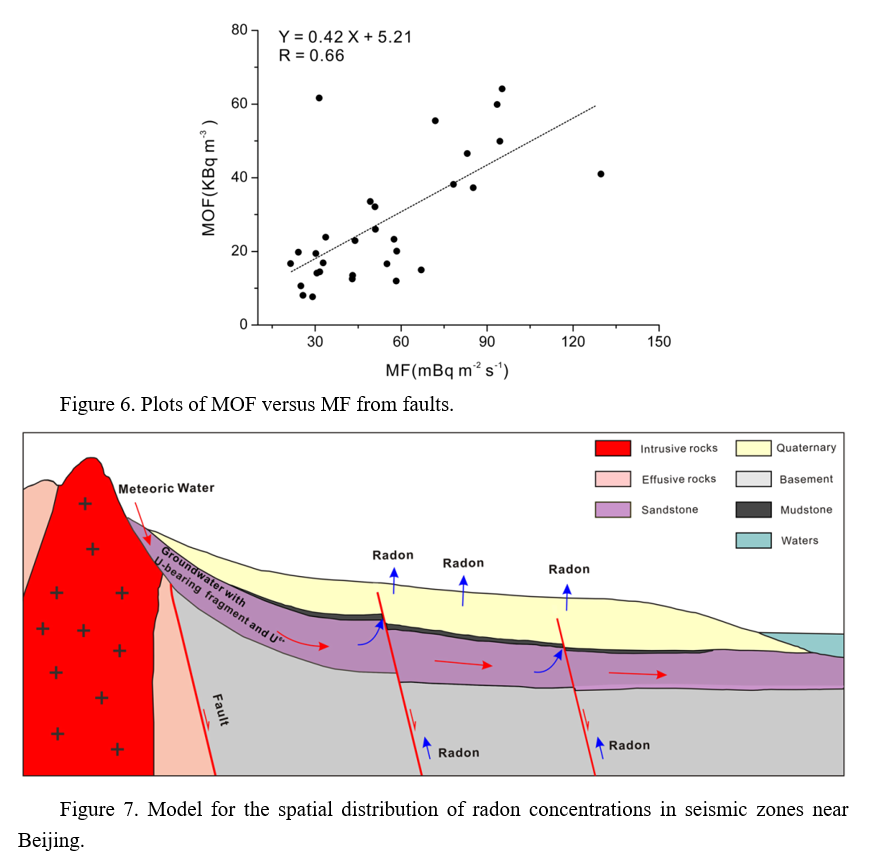 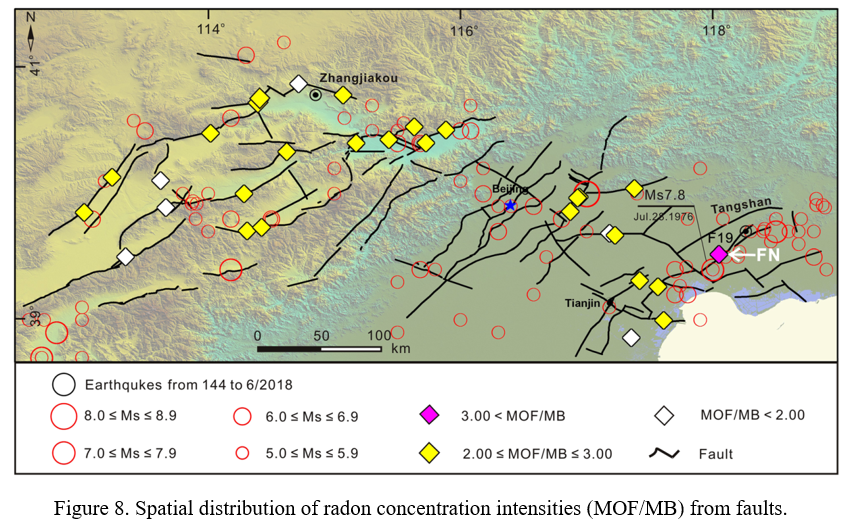 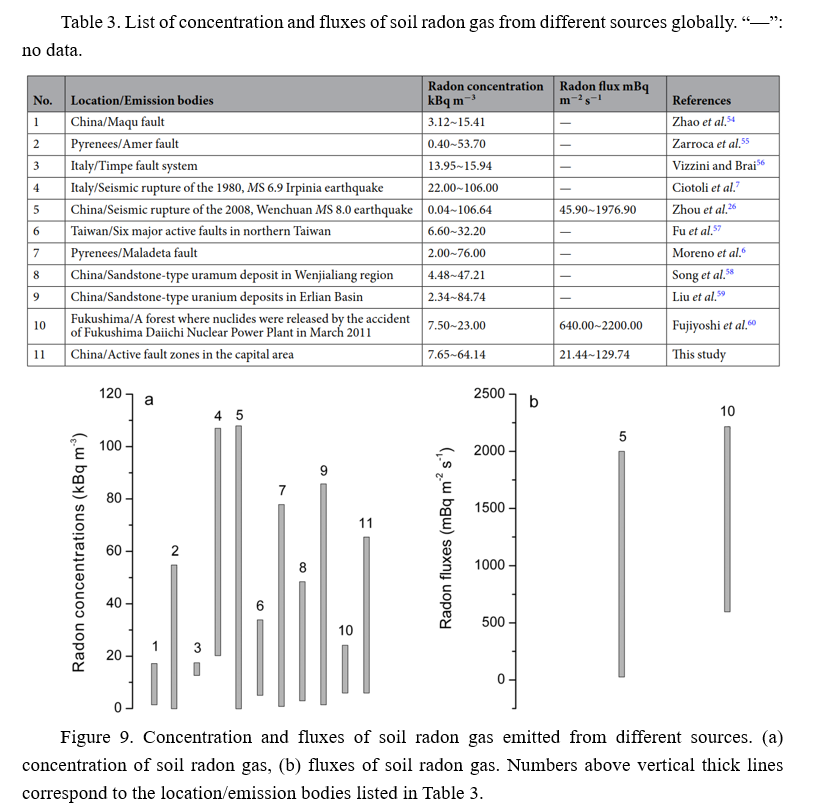 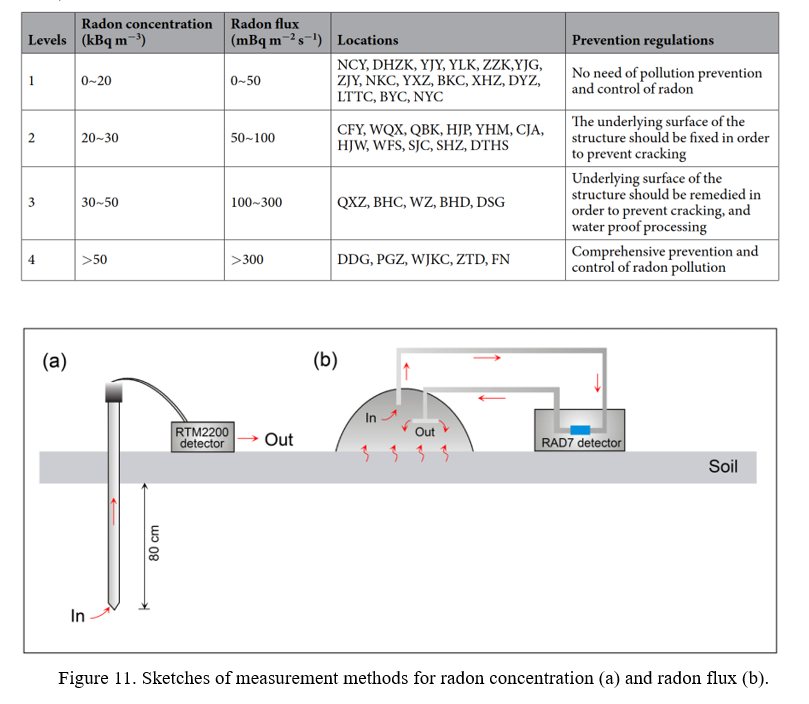